"They sent me to a place called Shobdon..." Herefordshire's Labour Camp 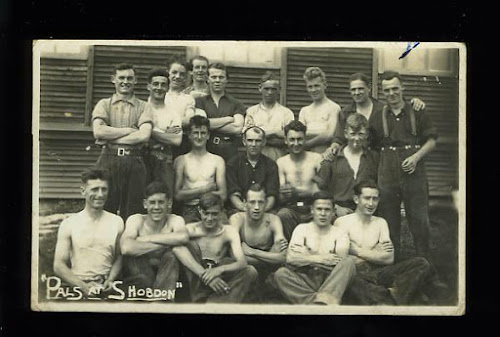 When I learned of the existence of 'Instructional Centres' for the unemployed during the 1930s and the fact that one was built in Shobdon, Herefordshire, I was determined to discover its location.

Originally I assumed that it was on the site of what is now Shobdon Airfield, but it turns out I was wrong. Having discovered it's exact location, I planned to make a visit and then write this blog entry, but alas time ran ahead of me. So instead I will write this now, several months late, but coinciding with the imminent publication of 'Working Men's Bodies', by Britain's foremost authority on the subject, Professor John Field of Stirling University's Department of Lifelong Learning.

Online research on the subject led me to a number of very interesting websites and academic articles, and put me in touch with John, who very kindly emailed me copies of his work and some extra tidbits of information. I was pleased to be able to return the favour by locating the location of the site of the camp at Shobdon.

In true lazy-bones style, I do not intend to paraphrase the work of others, especially John, and will instead present a general history of Britain's Instructional Centres in the form of links.

First off is a very nice article on the BBC News Scotland website from 2009 in which the man himself gives a general introduction on the subject of work camps for the unemployed.

Another great website is The Workhouse, dedicated to that institution and containing a useful page on the history of work camps, from labour colonies to instructional centres.

A search through The Hansard also brings up a few mentions of Instructional Centres, and provides an insight into the parliamentary business behind their creation.

Able Bodies: Work camps and the training of the unemployed in Britain before 1939 is a paper by John Field which is available to read in full and is thoroughly recommended.

Also by John are An Anti-Urban Education? Work Camps and Ideals of the Land in Interwar Britain and ‘To Recondition Human Material…’: an Account of a British Labour Camp in the 1930s: An Interview with William Heard - both require registration and/or subscription to the relevant websites but are well worth a read; especially Mr. Heard's account of the tough and monotonous life within Shobdon camp.

Considering that the 'trainees' ensconced in the camps were required to undertake forestry work, it is also worth familiarising oneself on Britain's reforestation policy following the Great War - The Logic of British Forest Policy, 1919-1970 is recommended.

Finally, sit back and watch some great footage of King George VI and Queen Elizabeth touring the north east of England, visiting, among other attractions, and Instructional Centre, on the Pathe News website.

In the printed medium (and in addition to the aforementioned new publication), I recommend Labour Camps: The British Experience. Written (perhaps inevitably) from a left-wing perspective, this book is an affordable primer on the subject of Instructional Centres and also includes excerpts from both attendees and camp staff.

Another book is In The Name of Liberalism: Illiberal Social Policy in the USA and Britain, which also makes mention of Instructional Centres in the wider context of 'liberal' governance.

Many thanks to Prof. John Field for the following information.

Shobdon was opened in 1928 on Forestry Commission land by the Ministry of Labour and the Oversea Settlement Committee, who ran short courses to 'harden' young unemployed men before they emigrated; it closed in May 1929, as a result of declining demand from the Dominions governments.

Under the Labour Government, it was reopened by the Ministry of Labour in 1930, as a Transfer Instructional Centre. It ran three month courses for unemployed young men, designed to 'harden' them before they migrated from the distressed areas to find jobs in other parts of the UK. It catered for 200 at any one time, mainly from South Wales but also from North Wales and the Midlands.

A summer camp at Wigmore Forest and Presteigne also existed, attached to the camp at Shobdon.

Shobdon TIC was renamed an 'Instructional Centre' in 1932, and continued until 1937. One trainee said that his first week included 'PT , arithmetic, spelling and English geography; the second week was spent digging, the third washing up in the canteen, the fourth ‘ash walloping’, and the fifth ‘lopping branches off trees’. The men were mainly preparing land for afforestation, and once the Forestry Commission took over the land the Centre was closed.

The camp layout was similar to other instructional centres - they were well supplied with support services, including a piped water supply, sick bay, dining, school and ablution huts. Camps were open, with no barbed wire fences or anything else much to stop people ambling in and out (the threat of losing benefits was probably enough to stop inmates going AWOL!)

Their hard work done, the last trainees left the camp, which closed in 1937. The Nissen huts were probably bought by local farmers and the land was duly occupied by the Forestry Commission. A Forestry Commission research station sits near the site of the camp today and is open to visitors.

And so the time has come to reveal the exact location of Shobdon Instructional Centre, and for this I am indebted to Nick Fielding of the Forestry Commission.

As mentioned above, the centre was near to where a Forestry Commission research station now stands. This is Shobdon Field Station on the flank of Shobdon Hill Wood, near Uphampton; just a short distance north of Shobdon village. 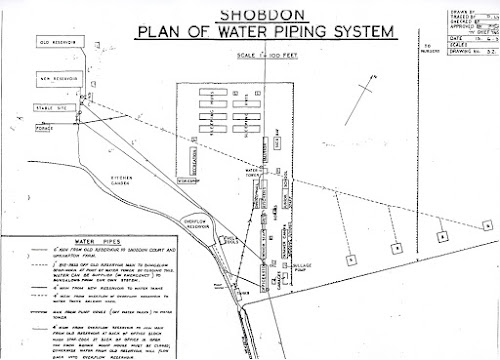 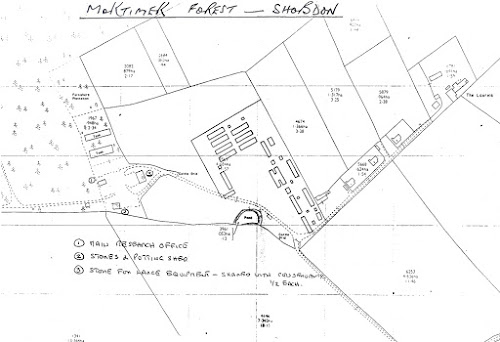 I have taken some screenshots of the area from Google Maps (approximate location of the camp in red) and an Ordinance Survey from Bing Maps (current research station labelled Furnishers Plantation). Via Google Street View I have also clumsily stitched together a panoramic view of the entrance to the Research Station, looking towards the general direction of where the Instructional Centre used to be (entrance to the left).

As you can see, nothing exists of the camp now, but it is possible to tread the same ground as the unemployed men who were obliged to stay at the camp eighty-odd years ago. I still intend to pay a visit one day!