Skirmish on the Lugg Flats

So I had an evening to myself and a copy of the Brink of Battle universal skirmish rules to try out – a small solo game was on the cards! While I had plenty of miniatures to game with, I lacked scenery (apart from a few scratch built walls) and a gaming table, so the floor would suffice.

But where in Herefordshire could this flat, featureless terrain represent? Why, the Lugg Flats of course! 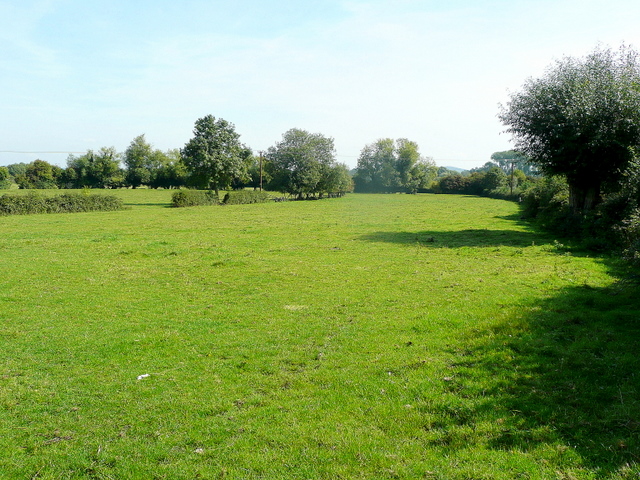 Known locally as the Lugg Flats, the Lugg Meadows are a rare example of the ancient Lammas Meadow system. Lying on the River Lugg flood plain along the eastern flank of Hereford, these meadows are enriched with silt from the river during the flood season, allowing the growth of a particularly diverse flora which in turn makes for high quality hay.

Ownership of the meadows are split between various interested parties, ranging from local farmers to the Church, and the land is parcelled into strips or irregular shapes, with the boundaries of each area demarcated by ‘dole stones’ - pillars of stone set in the ground and carrying initials and dates of ownership carved upon them. This system of tenure has existed for centuries, avoiding the enclosure act.

Each year, from February 2nd (Candlemas) to August 1st (Lammas) the meadows are closed or 'shut up for hay', with no grazing permitted.  Each owner takes his own crop of hay from his holding, and then the meadows are thrown open for communal grazing by livestock owned by ‘commoners’ living in the local area.

As mentioned above, some of the meadow is owned by the Church, but with the Bishop of Hereford gone, the local royalist authority has begun to cast coveting glances at the land. They are also keen to fall in with Prime Minister Mosley’s theories on the corporate state and the need to modernise British agriculture. Surely, they reason, such an archaic system such as the Lammas Meadow is an anathema to a forward looking 20th century nation?

As such the Bishop’s Lugg Meadow holdings have been confiscated in the name of the government and a brick wall is being built around the various parcels, swallowing up any intervening land (the owners receiving a paltry compensation). This new ‘enclosure’ has enraged the local farming community, and night-time demolition raids have taken place.

Reports of local lads, disguised as scarecrows and obviously influenced by the Twiggy Mommet protest movement, knocking down parts of the hastily built walls are widespread, and so the local constabulary has been tasked with patrolling the area. They are armed, but then again, so are the protestors…

With the main aim being to get to grips with the basic Brink of Battle rule mechanism, this was going to be a small-scale affair, with a standard force of 5 policemen defending the partially built walls against a horde of 10 ‘scarecrows’. The BoB rules allow a maximum of 500 supply points; determined by the number and quality (combat, command and constitution ratings) of troops, their weapons and traits; for small games, but I only ended up spending 200-300.

Force compositions were as follows:-

The scarecrows had to drive off the police, the police had to defend the area from attack.

Each round sees the distribution of a number of action tokens, based on the commander’s CMD rating. The Police got 5 action tokens and could activate every figure regardless of the ‘edge’ (basically winning the initiative). Scarecrows only had minimum of 4, so had to advance in piecemeal.

Round 1 - Police get the edge, but scarecrows play the ’break’ (losing the initiative gives you this option to break the sequence) and the commander moves and fires first, causing no damage. One of the constables returns fire, but his rifle jams. Three more scarecrows advance on the patrol, which moves to meet the challenge. Firing on both sides is desultory, although one policeman is hit and shocked.

Round 2 - Police get the edge again. Scarecrows activate their 2 riflemen, and two new scarecrows. Once more they play the break and fire first, but to no effect. The Police return fire and also miss. The Scarecrow veteran then fires, hitting and wounding a constable. All policemen within 3” must make a panic test. Two pass but the Inspector, made of less sterner stuff, fails and breaks.

Round 3 – Due to me leafing through the rules, the last 2 rounds have taken the best part of an hour, so time is running short. Therefore I decide to try a rout test (usually caused by a side having 25% casualties) on the Policemen…
They fail!

The policemen flee the scene, leaving the scarecrows at liberty to demolish the walls. Will this force the authorities to rethink their policy, or will we see more skirmishes on the Lugg Flats?

Brink of Battle is a very nice set of rules. While at first glance they look rather complex (in common I think with a lot of skirmish rules) with the plethora of character and weapons traits, the basic mechanism of players rolling d10s against each other and adding the requisite CBT/CMD/CON value is easily picked up.

The use of action tokens, together with the ‘edge’ and ‘break’ factors, forces players to think tactically, while the detailed characteristics of each figure (working on a ‘what you see is what you get’ principle) adds character and variation to the game. However reference sheets and force rosters are essential, especially for new players!

I look forward to playing some more skirmishes, this time with a few more figures on each side, and exploring these rules further!
Posted by JP at 10:32